This is a test project I designed and animated for an empty lot in Canberra.
Regarding sound and energy consumption I did follow an older German standard, which seemed appropriate for the Canberra climate.

Holder St, Turner ACT has like a few other streets in Canberra two larger island surrounded by roads. There is a large public park just 100m away.

It seems to be a bit of a waste of precious inner city space. It is a perfect inner city block for a fictional project.

I am using one of two green islands for my project. The other island could be upgraded as a BBQ or playground area in return.

The Canberra typical additional space between road and building lot leaves just enough space for 4 town houses. They won't have much private outdoor space. The area offers a lot of public parks very close by. 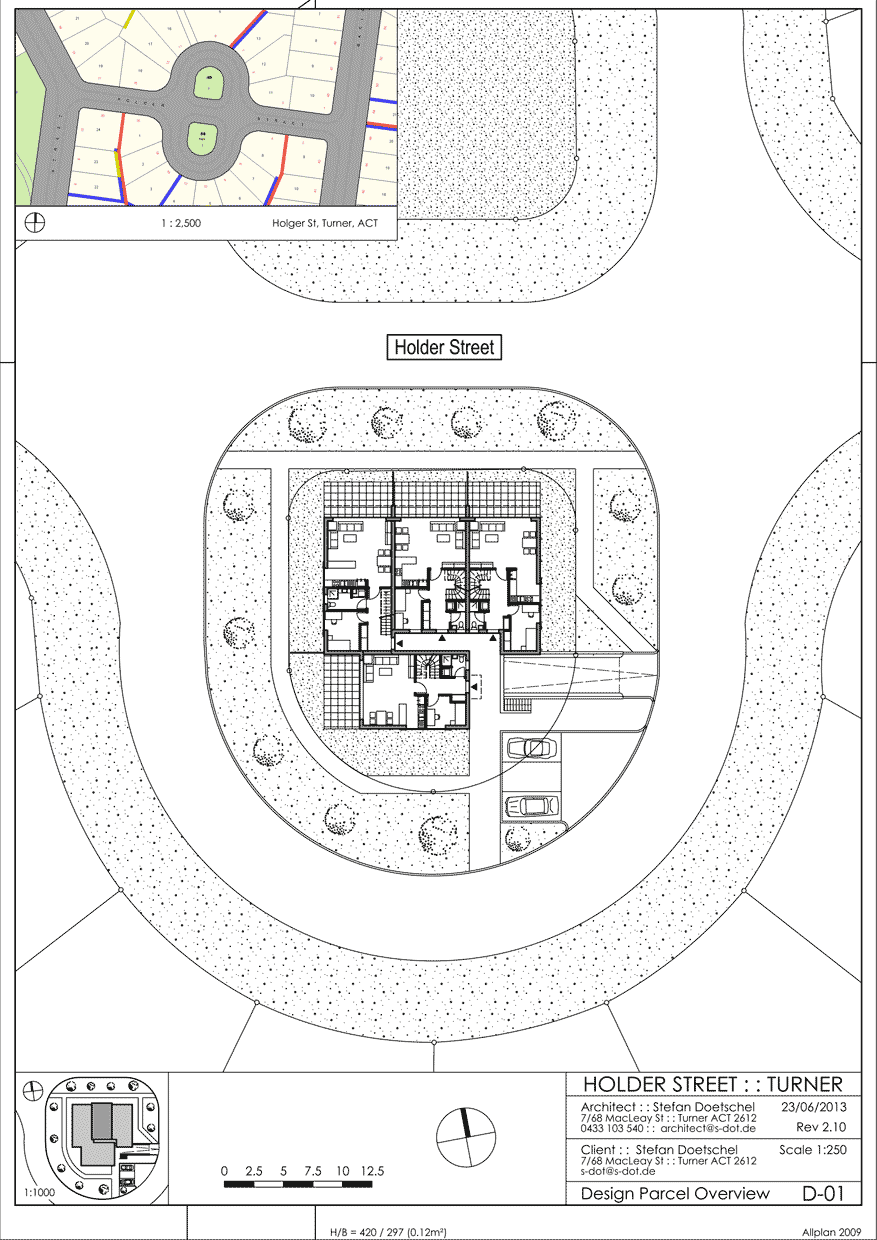 The houses are fairly small. The current value of land in inner city Canberra is very high.

Every house has a European style entry corridor. This adds privacy and works well as a buffer between bedrooms and living room. It seperates the living area from the less used rooms. It also keeps the cold or heat out while opening the door.

Additional storage can be found in the car park level under ground.

All bedrooms are located on the top floor and have build in wardrobes. Having bed rooms and living area separated allows some privacy upstairs.

The balconies are not meant to be a living space. There is a larger outdoor area in the backyard.

I decided against on suite bath rooms. They take too much space away. A second shower exists on the ground level. 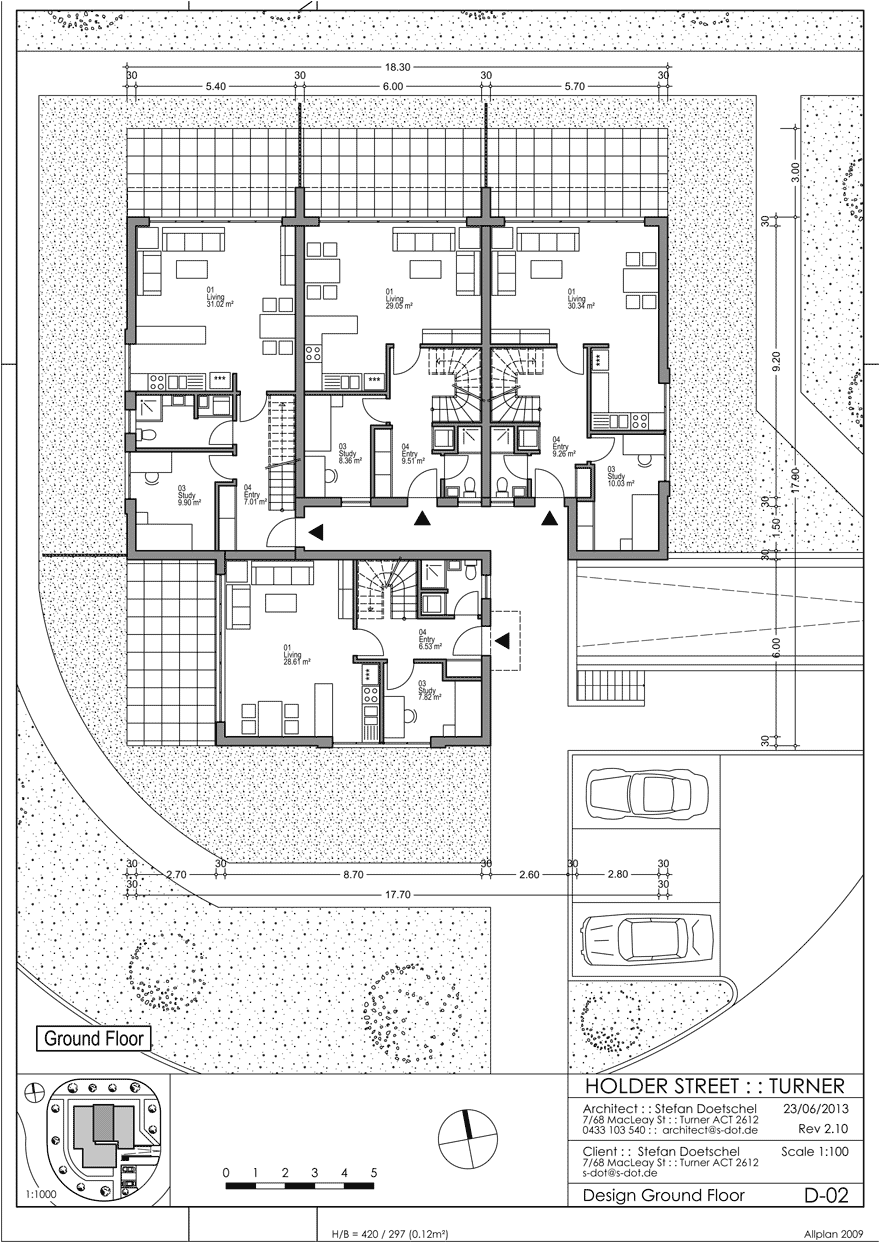 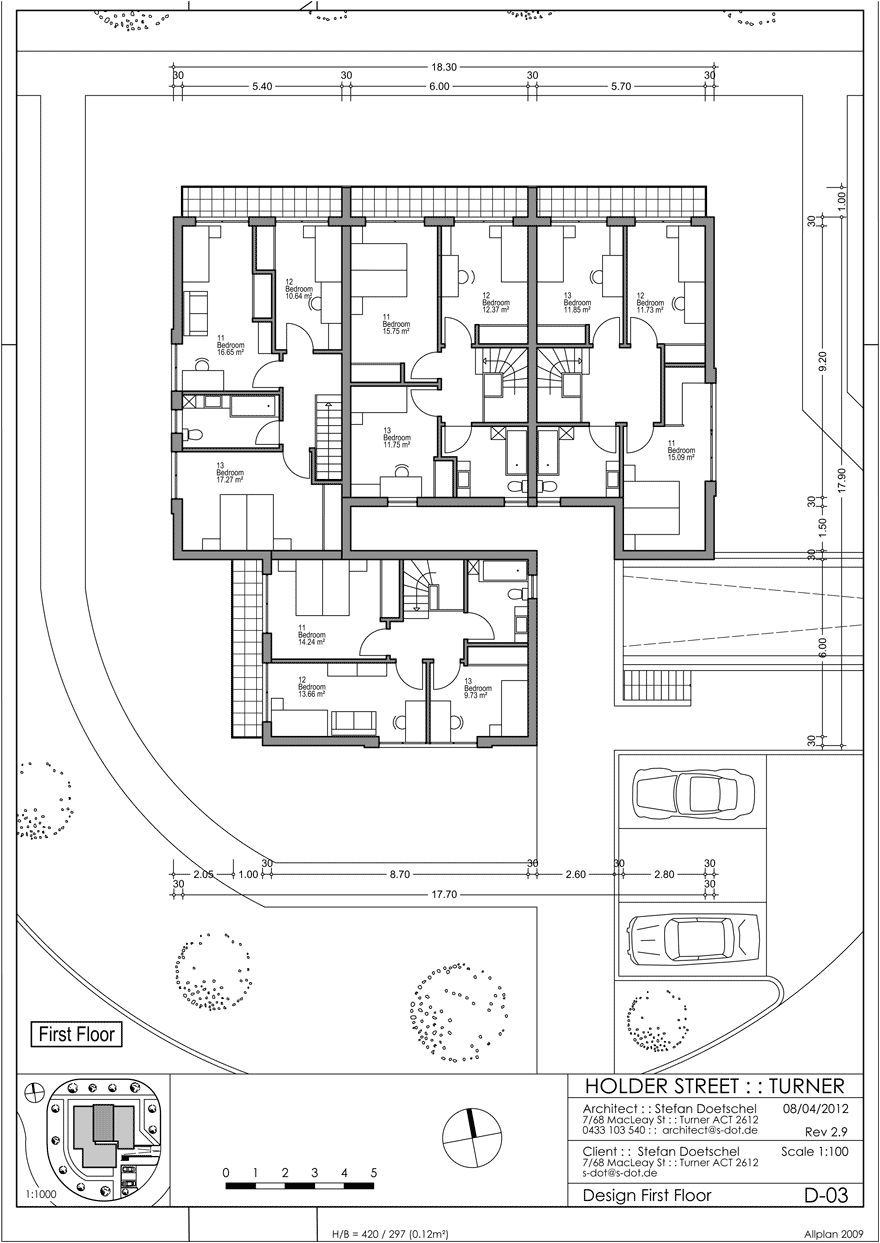 The underground parking offers two parking spots per unit plus storage space. An additional room can be used to park prams or bicycles.

A room for electricity and other utilities is also located here.

Space for garbage could be either under ground or near the ramp. To be decided later. 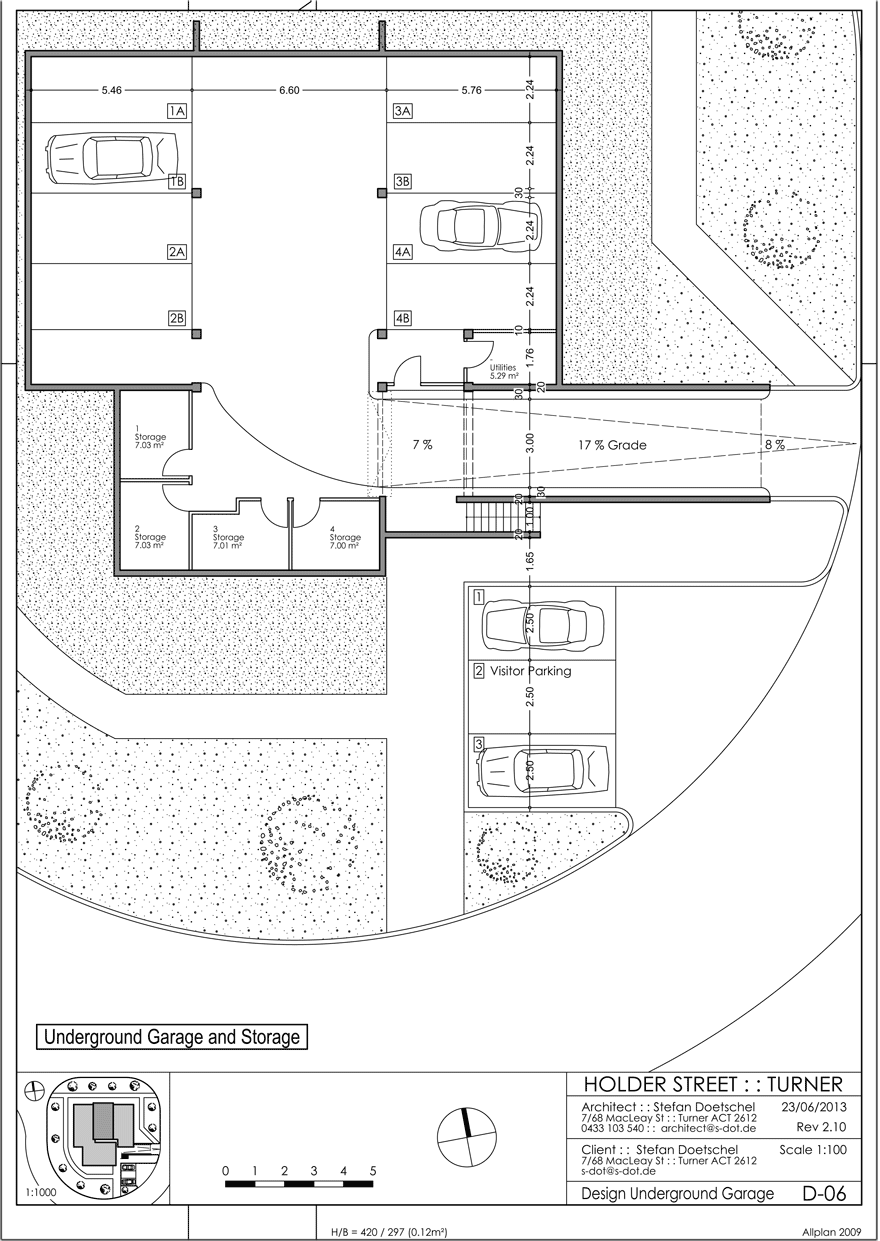 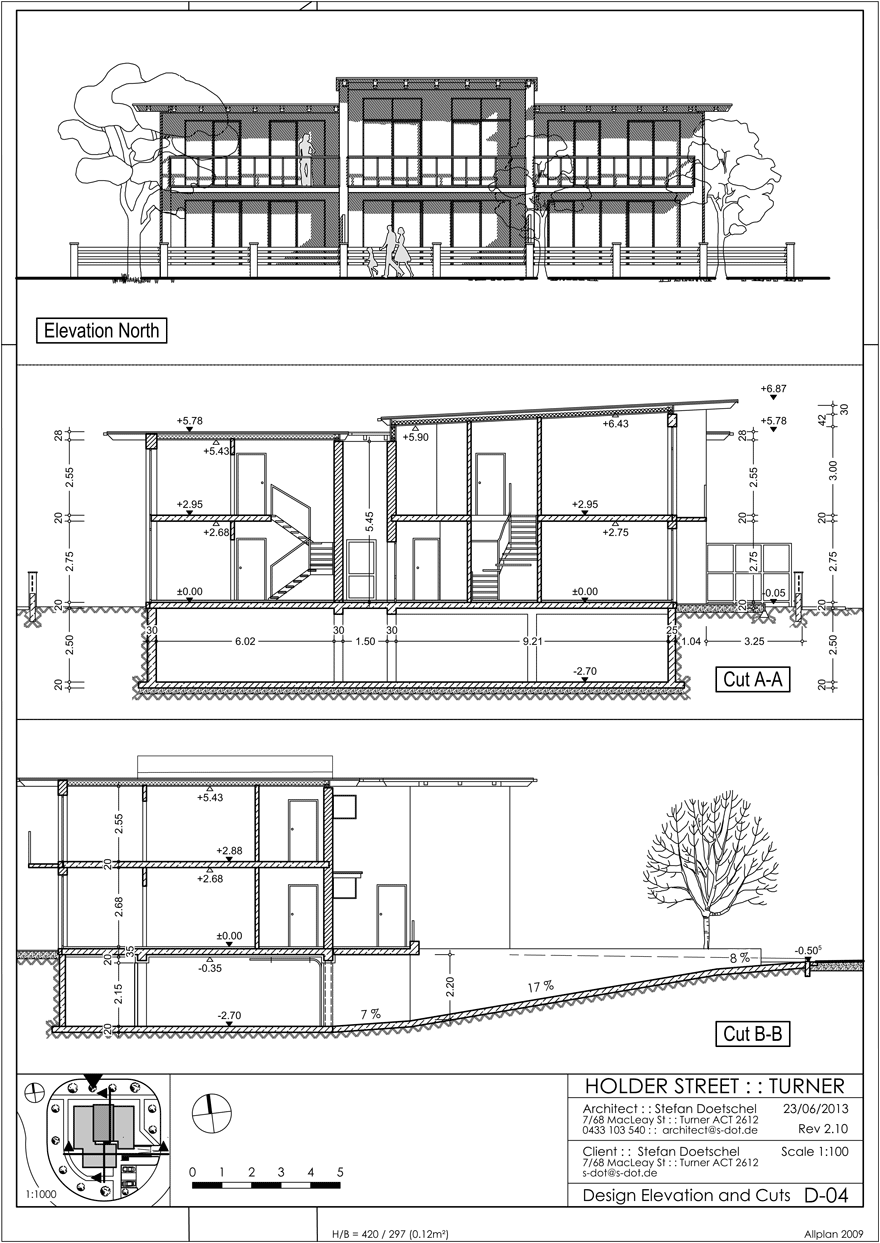 These three elevations are rendered by Allplan with a feature called shadow renderer. The shadows are accurate for 1st of december. - The times are set different for each elevation to have shadow on all of them.

I added a few 2D drawing elements to make them look nicer and give some scale. This is not photoshoped. Everything is done within Allplan. 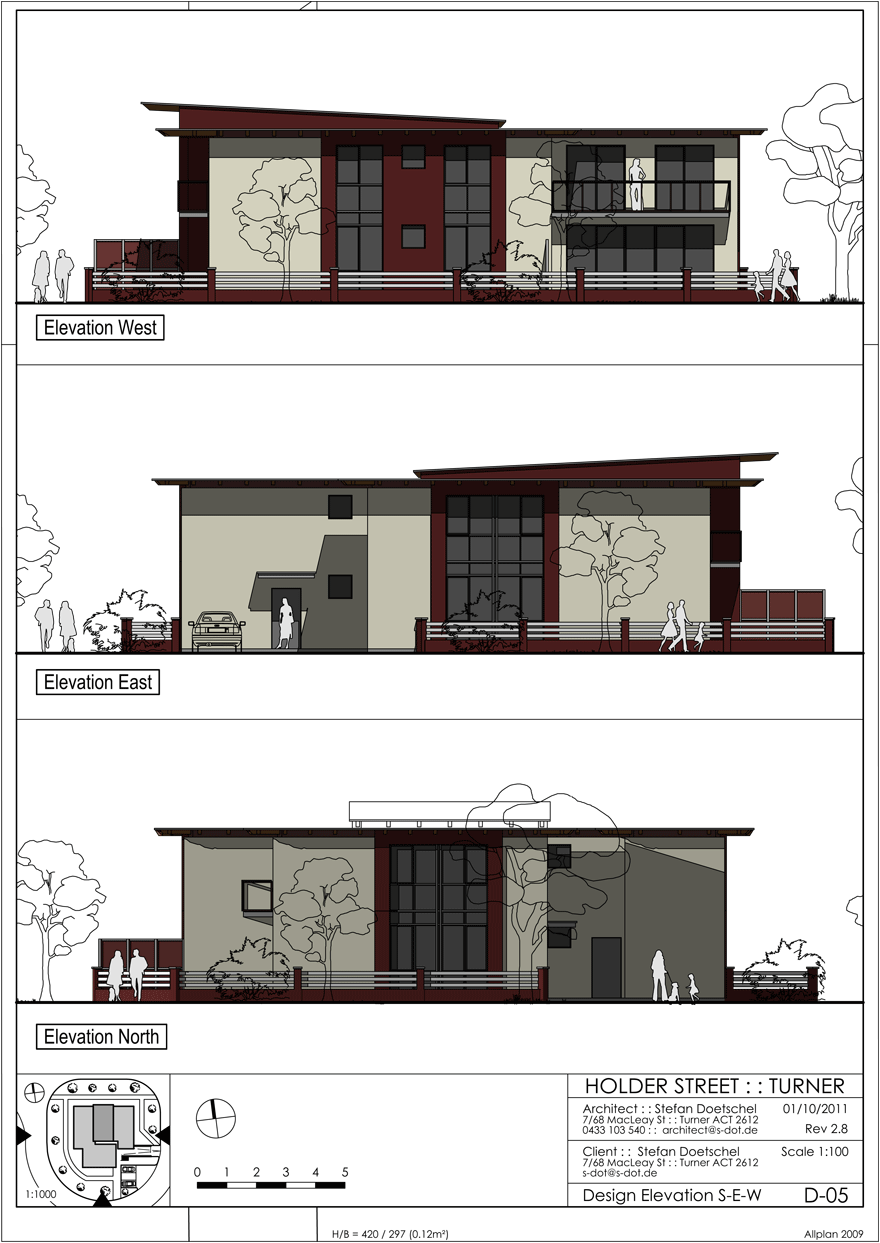 Most elements here are part of the 2D drawings. Roof, balcony railings and fences are added as 3D elements. - At this point I didn't draw elevations or cuts yet. This type of animation can be done quite early into the project.

The 'other' side of the building.

The darker parts are meant to be brick. The fence is a bit old fashioned but it will give at least a little privacy. 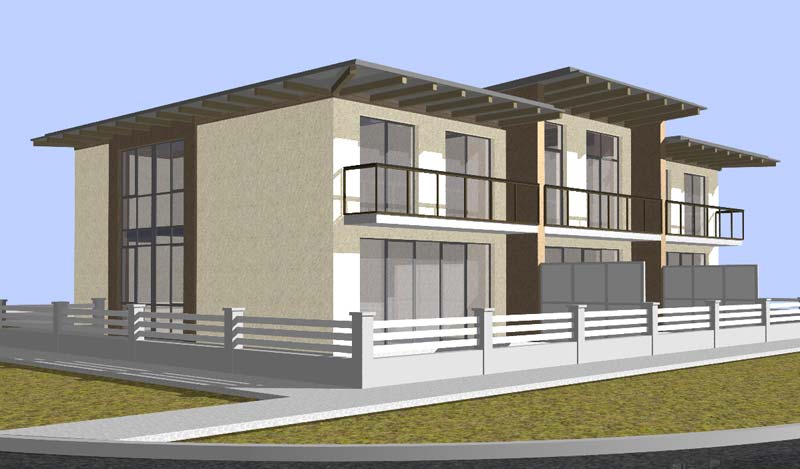 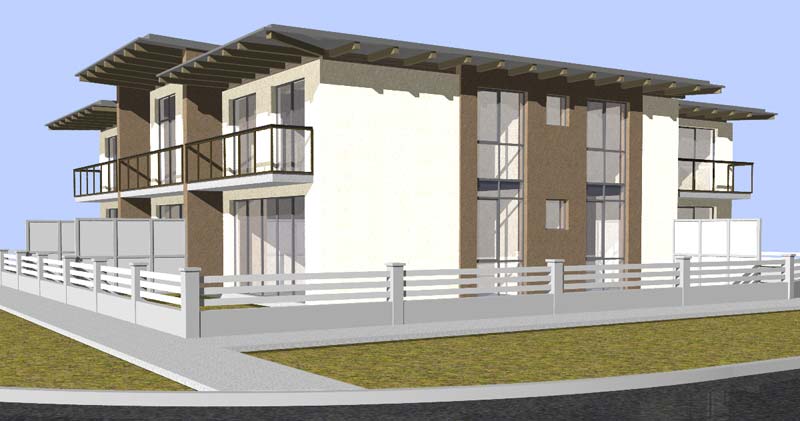 A detailed cut through the front wall and the roof. - In Germany these details are common and were a regular part of my work. They are the base for further talks with engineers or builders.

For the outer walls I would prefer a 30cm AAC wall but I could only find 25cm AAC walls being produced here which requires additional insulation. 40mm would be enough but 80-90mm would most likely cost almost the same for a much better insulation. 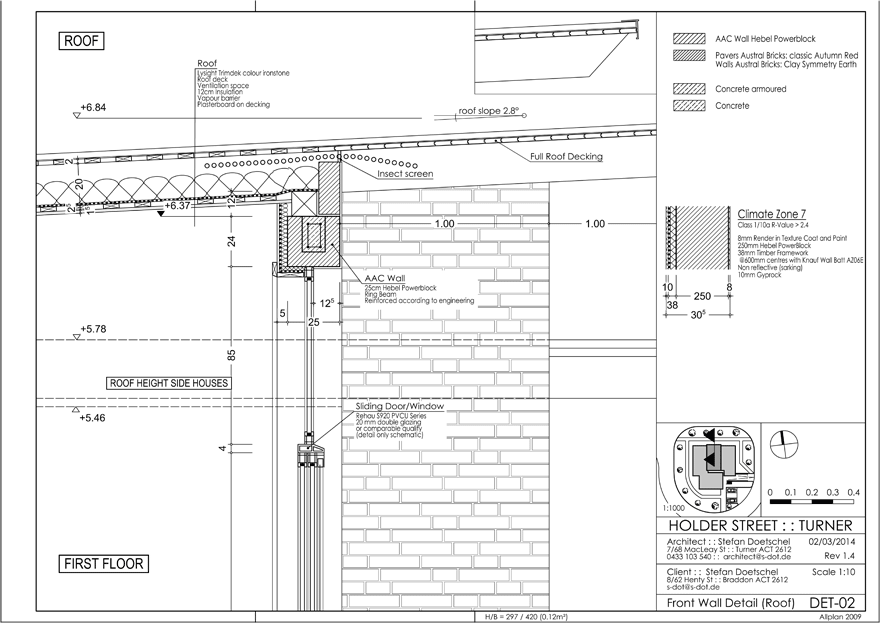 The upper part of the detailed cut through the front wall of the building.

Double glazing should be standard in Canberra. No concrete parts should be directly exposed to the outside without additional insulation. 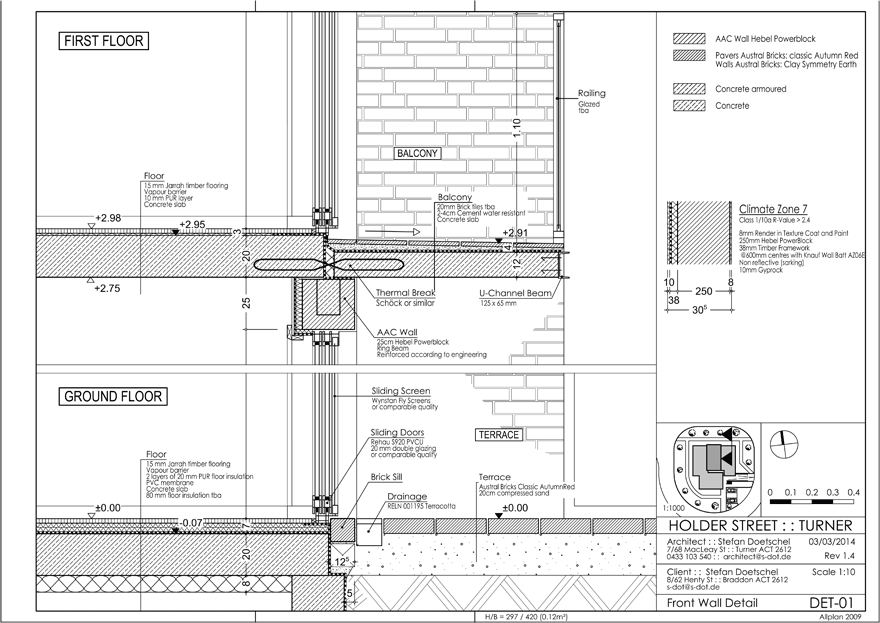 Ground floor plan in 1:50 scale. This drawing will eventually hold all information necessary for the constructions site.

This is a A1 size drawing.

For this test project I won't do any more 1:50 scale drawings. 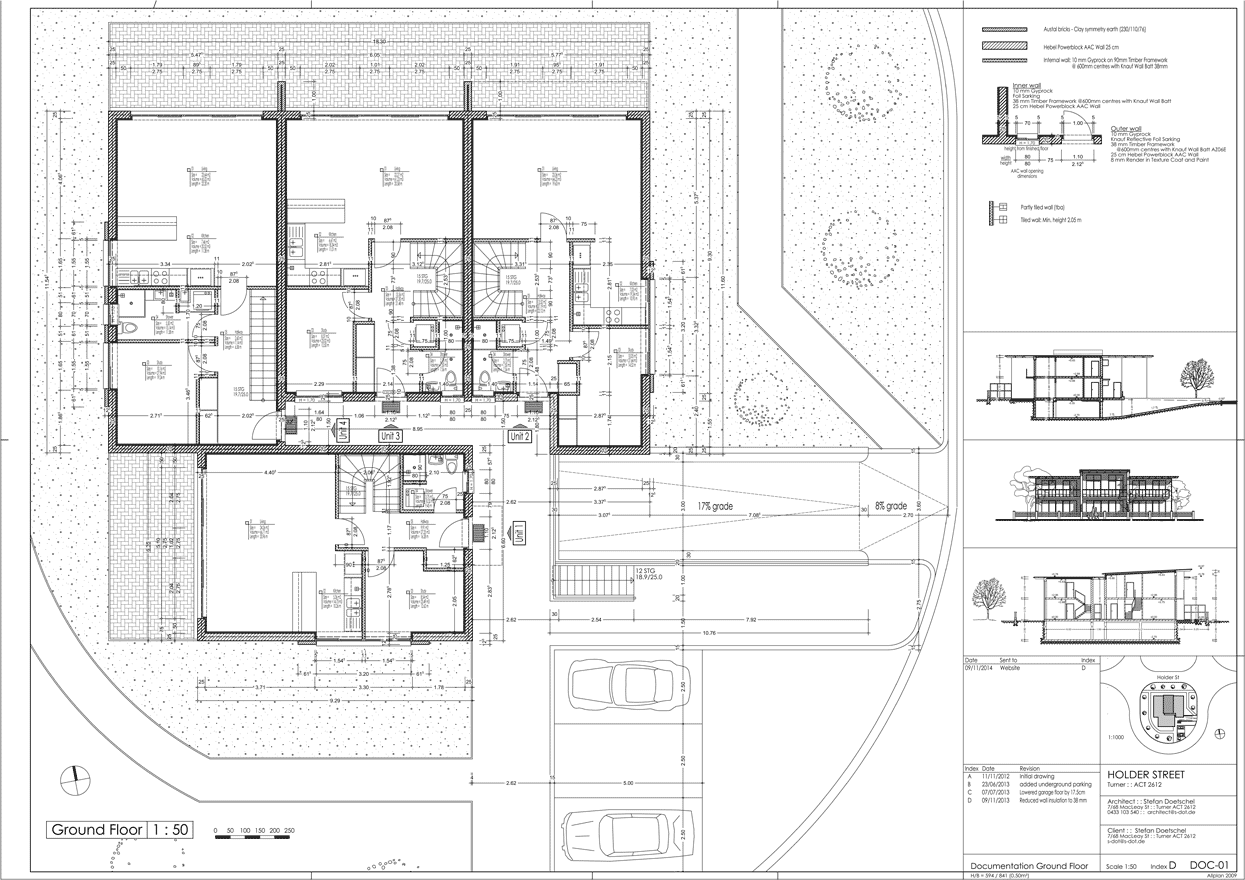 I started working on a better quality animation outside of the CAD application.

I am building a library of assets to make a good render in a reasonable amount of time. The curbs, concrete paths and some of the brick elements are an example.

Low poly-count objects also are required for a real time walk-through in unreal engine. Everything needs to be rendered 30 times a second. Below is a work in progress Unreal 4 screenshot. 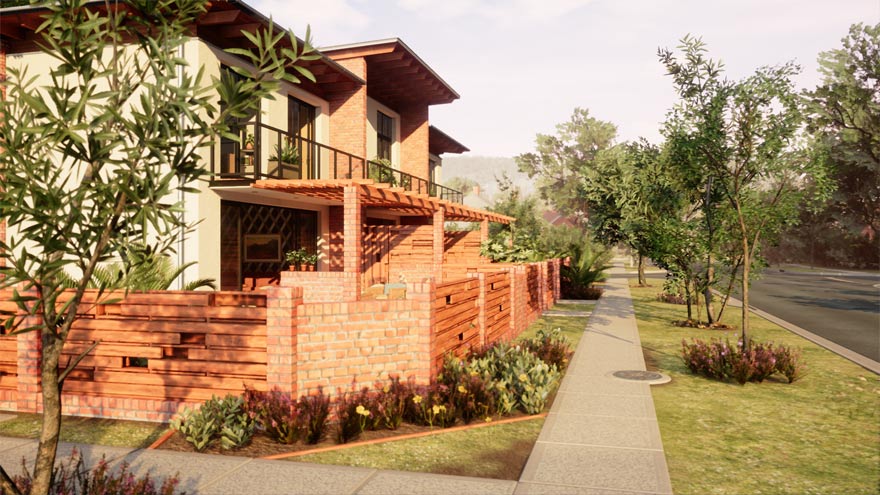